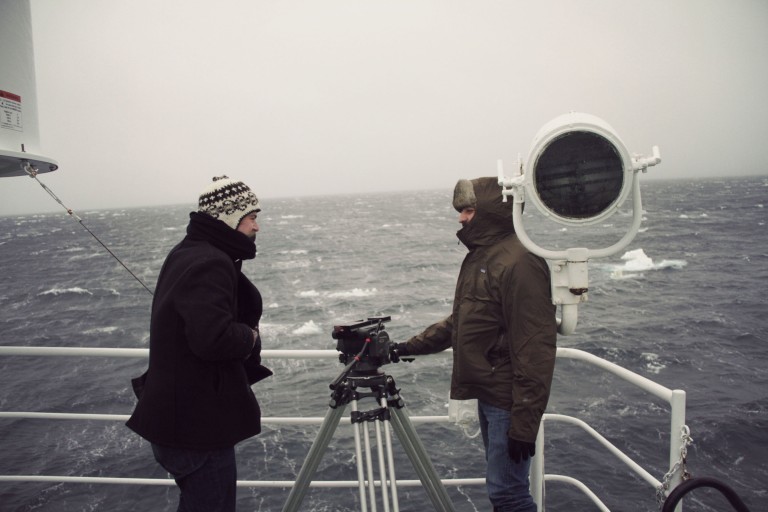 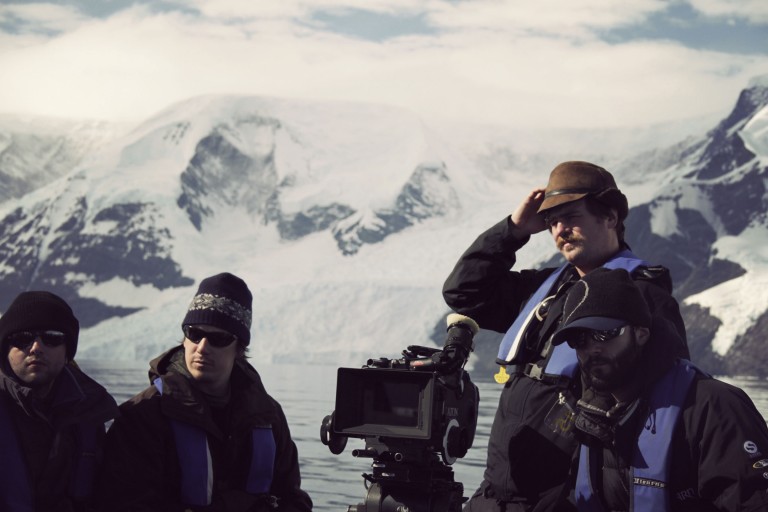 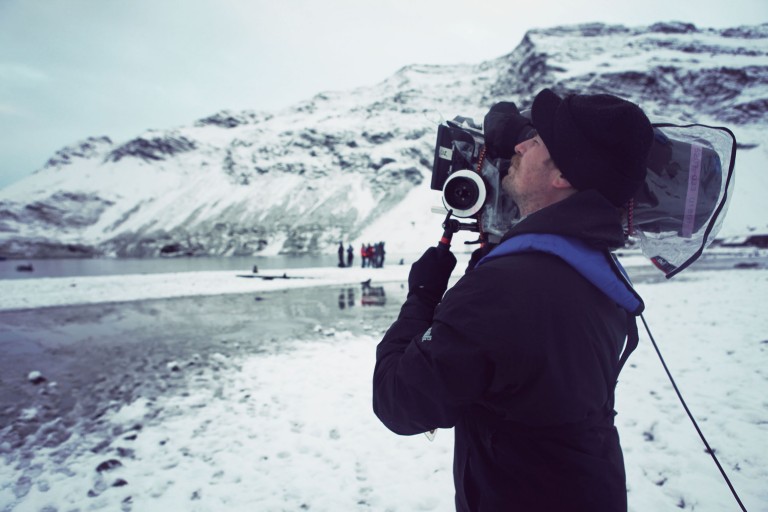 The cinematographer MICHAEL SIMMONDS was an enormous gift to this project. The Herculean task of shooting a feature film with a hand-held camera is a craft unto itself. Along with real strength and endurance, it requires a cinematographer with a visceral understanding and a philosophy of what it means to “be” the camera. It’s a physically challenging exercise that becomes unimaginably more difficult on a ship crossing one of the roughest seas in the world.

Before leaving New York, Simmonds and I met to look at my own photographic works. Simmonds responded to and appreciated the experimental nature of my photography, which is mostly derived from motion picture documentary footage I have shot on previous projects. We also perused the published collections of some of our favorite photographers: Sebastian Salgado, Robert Frank, and Hiroshi Sugimoto, to name a few. We discussed and watched films, including Cassavetes’ A Woman Under the Influence, Happy Together by Wan Kar-Wai, Malick’s Days of Heaven, Polanski’s Knife in the Water, and Cukor’s Adam’s Rib.  I brought several of these on board and often found my team soaking them in late at night. They were films that we loved and respected.

Although we discussed all kinds of contraptions that could perhaps stabilize the camera on board the ship, Simmonds and I realized after a few meetings that a more fluid, hand-held feel would serve the film best. At that moment, we shared the reckoning that he would be holding the camera on his shoulder for most of the twenty-one-day shoot at sea.

In Michael Simmonds, I discovered a true master at his craft. Perhaps one of my favorite moments came with one of our first outings on the shores of the South Georgia Islands. It was a howling blizzard. We didn’t have much time to get the crew, equipment, and actors to the shoreline. Everyone suited up in gear and boots and made their way onto the various Zodiacs for a shore landing. Once everything settled and we set our minds to the work at hand, I looked over at Simmonds behind the camera. The snow had let up a bit, but his mustache was still covered in ice as he stood there in a tweed blazer and scarf he had apparently purchased before the trip. He looked like the true gentleman and artist he proved to be. The tweed blazer didn’t make many more outings as we progressed further south, but that image of the true romantic that is Michael Simmonds gave me great comfort that I had chosen the right partner to realize this film.